By Citizens for Lori Gummow | News & Events | No Comments

Join Us For A Summer Fiesta!

By Citizens for Lori Gummow | News & Events | No Comments 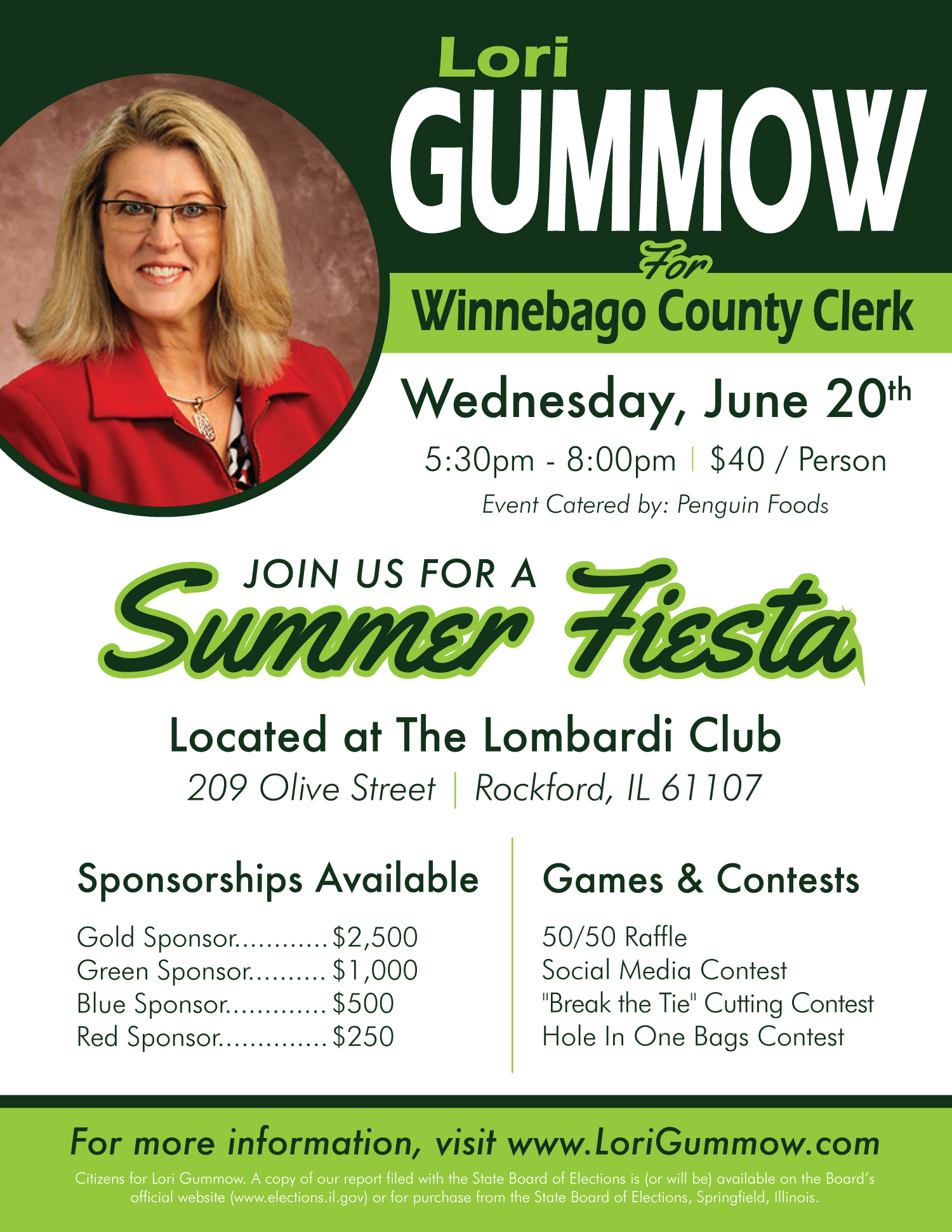 By Citizens for Lori Gummow | For Immediate Release | No Comments

Winnebago County, Il: Lori Gummow, founder and former Executive Director of Keep Northern Illinois Beautiful, is announcing her candidacy for Winnebago County Clerk. She will run for the Republican nomination in the March 20th Primary. Gummow is a lifelong county resident and graduate of Rock Valley College. Gummow also holds a Bachelors of Arts degree in Communications and Public Relations from the University of Northern Iowa and a Master of Arts degree in Organizational Leadership from Judson University.

“I am running for the office of Winnebago County Clerk because I feel that my educational background and experience at running a not for profit organization is a good fit for a public office. My management and communications skills will help me achieve my goal of raising awareness of the clerk’s office and the services provided as well as being a good steward of taxpayer dollars,” said Lori Gummow.

“My candidacy has been received well and has resulted in the support of Former Congressman Don Manzullo, County Board Chairman Frank Haney, Rockford Township Trustee Frank Manzullo, former Loves Park Mayor Darryl Lindberg, former County Board member John Elliot, and former Harlem Township Trustee Bob Mullins. Former Republican Party Chairman Nancy Lundstrom has agreed to serve as the Honorary Chairman of my campaign. This support, and, that of many others, was a determining factor in my decision to run,” said Gummow.

Gummow resides in Loves Park with her husband Phil Caltagerone.

Paid for by Citizens for Lori Gummow